Last week, the man of the house had a craving for fried bread, greasy, deep fried bread, no less. I try to please the collective family belly as far as I can, but I just have this aversion to deep frying that goes beyond health concerns or a greasy kitchen. 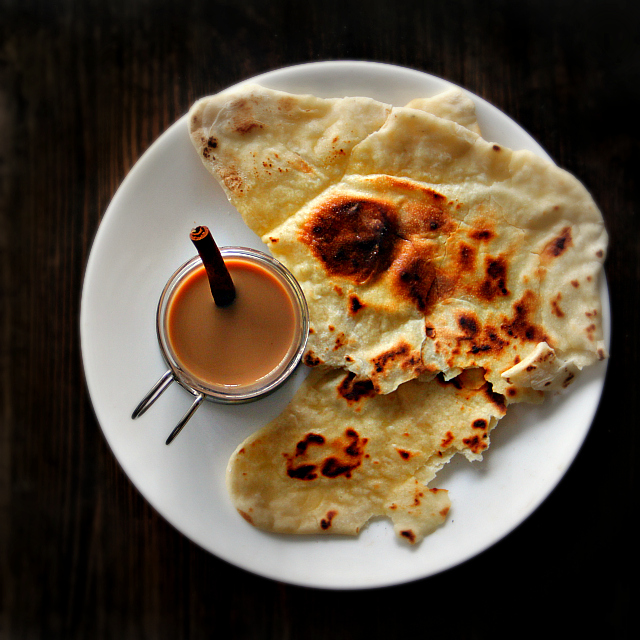 Alright, I'll come out and say it; I am afraid of deep frying. It goes back to my first week in the hot kitchen at culinary school, all those years ago. I was tasked with deep frying potato croquettes for that night's dinner service at the training restaurant.

The potatoes had been shaped and breaded, chilled and laid out in trays. A glance at the thermometer told me the oil was fast reaching the right temperature. I slid my spatula under the croquettes and scooped up half a dozen. As I leaned forward and reached gingerly towards the scalding oil with my spatula, the top button of my chef's jacket came undone, releasing the ring of keys I always fastened on when changing into my chef's whites. Is there anything more useless than hindsight? I probably should've kept those damned keys in my hip pocket - the one that was so shallow, it had already lost me two sets. So, long story short, those keys made a splash in the hot oil and I'm now branded for life, in three places, on my left forearm; one of the scars actually looks like a miniature naan. Yup, I do NOT like deep frying, so, if you see any post here, involving anything more than an inch of hot oil, you'll know just how much I love you ;) 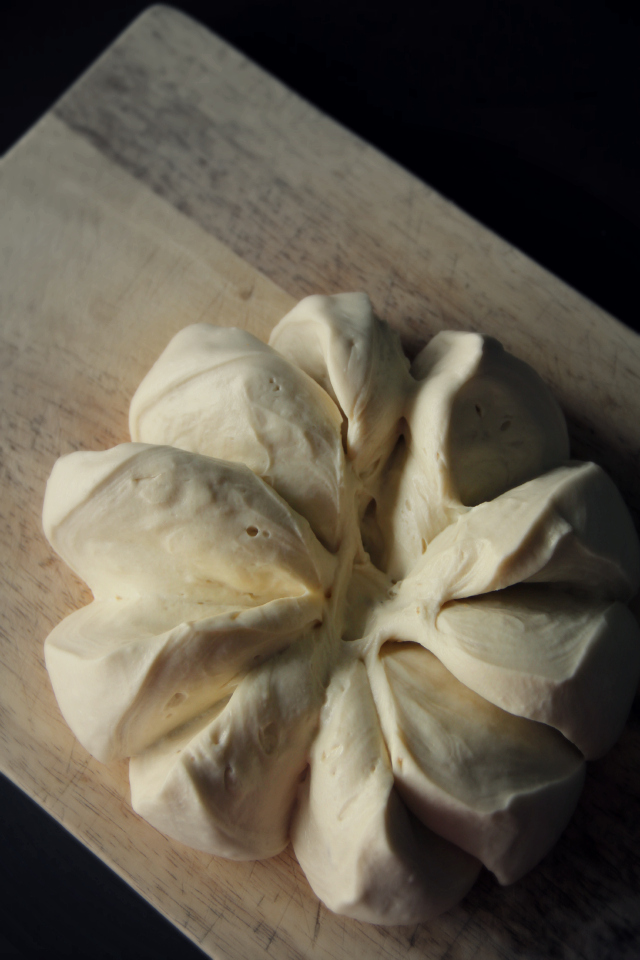 Now that you know why gallons of hot bubbling oil give me the shivers, let me tell you a little about this awe inspiringly easy bread. Naan is traditionally made with yeast, which these days, I have little time or energy to muck about with, as it needs time and nurturing. Don't get me wrong. Those yeastie beaties and I were once closerthanthis. Balancing recent um..... career developments (not that I'm complaining, no sir, no ma'am) family commitments and growing this blog (still a relative baby) have put a premium on my time.  Anything that will keep my family well fed in half the time or less, is a godsend. 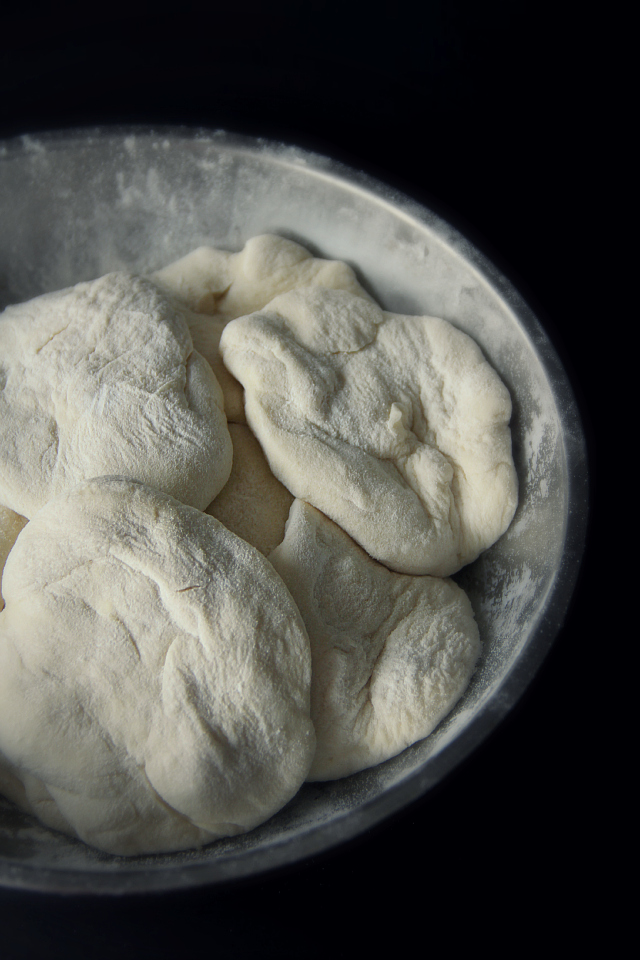 So after talking hubs round to some pan bread instead, I realised I haven't had naan in ages. I decided to fake it with baking powder and yoghurt for an instant rise and the characteristic tang of a yeast fermented dough. I figured if I rolled them thinly enough, I could get away with pan grilling instead of baking them. There's a time and place for authenticity in the kitchen, but today and this post are not it. I'm your woman though, if you want a fast, delicious flat bread so close to the real thing, you'll fool anyone who isn't a bread or Indian food aficionado. The one bread meister I know loved my fakeout naan and my go-to Indian food mavens who have never touched a grain of yeast, gave these the thumbs up. I think I'm ahead of the game. 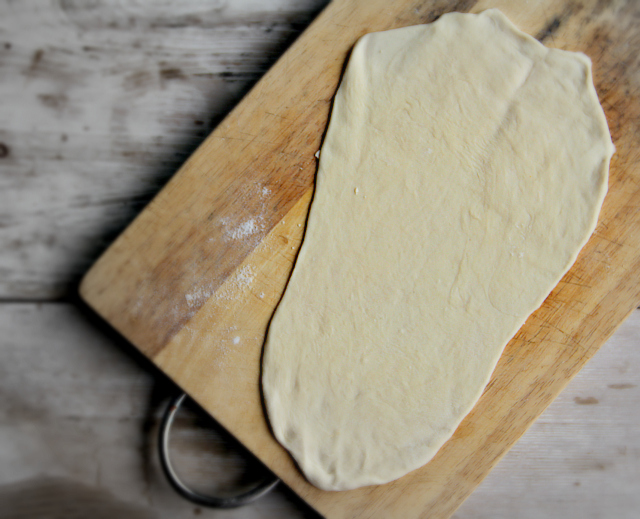 I'm chuffed to say that hubs too was mightily pleased with his dinner. How do I know this? Not because he said so, but because he was too busy "mmmmm"-ing between mouthfuls of soft, fluffy, tangy bread and spicy curry, to even engage in our usual dinnertime chatter. He sealed it though, by asking for seconds, something he never does, unless it's dessert. Looks like this is going to be on our dinner rotation list for a while. 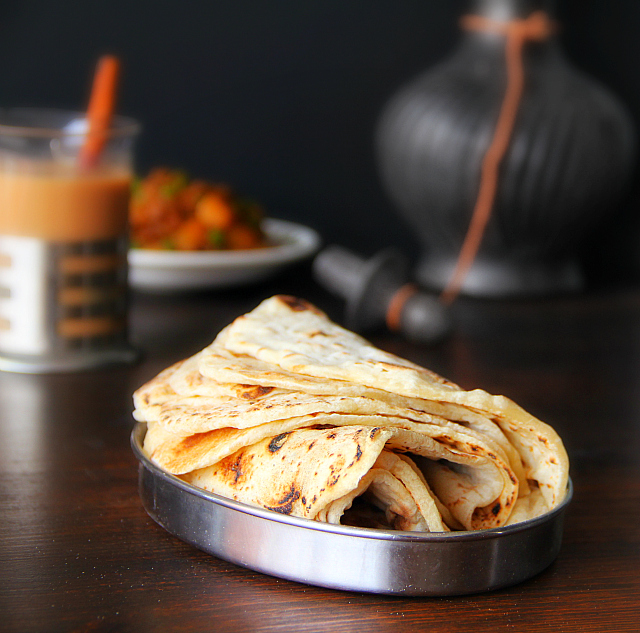 In my next post, I'll share the I'm-too-worn-out-from-making-20-flat-breads-to-cook-anything-fancy-to-eat-them-with-or-include-the-recipe-for-right-now version of keema, yes the one that had hubs making goo-goo eyes at it. Before I wrap up today's post, I'd like to wish all my readers who celebrate, a slightly early but nonetheless warm and wonderful Thanksgiving, surrounded by all whom you want to be with on the day :)

With that, I bid you goodbye for now. See you next week for the yummy conclusion to this two part kitchen saga! 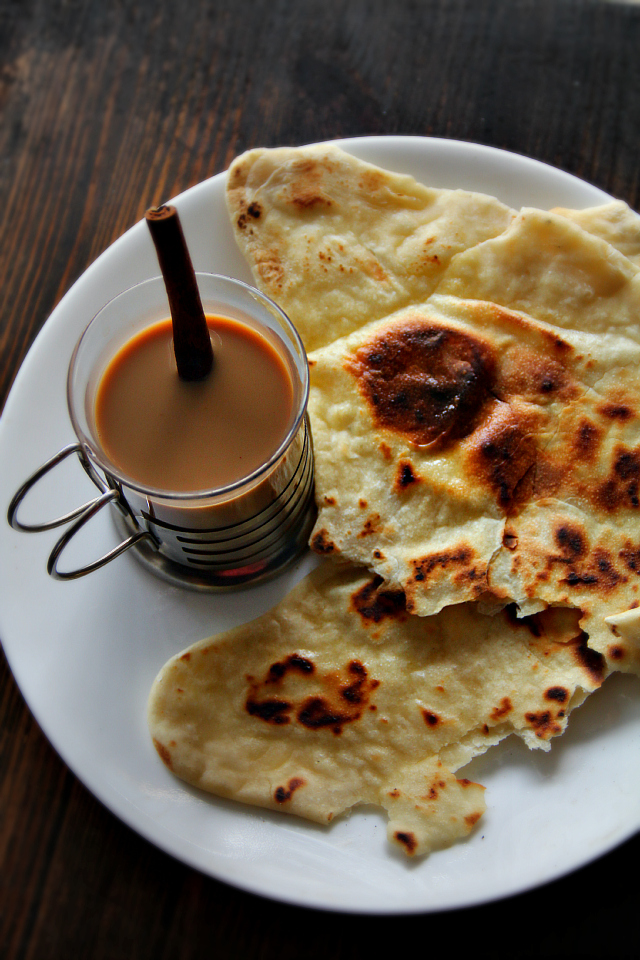 Combine flour, salt, sugar, baking powder and baking soda in a large mixing bowl. Add yoghurt and water and mix into flour until well incorporated. Dough will be soft and sticky but don’t be tempted to add more flour. Mix in the oil and knead for a minute or two, or just enough to form a ball of soft dough.

Snip dough into 10 pieces with scissors and flatten them into discs. Dust both sides of discs generously with flour and stretch each out into small oval or tear drop pieces.

Roll out a piece into a thin ovoid or tear drop shape. If dough resists rolling and keeps stretching back (not likely unless dough was overkneaded) cover and rest for 15 minutes then roll again.

Remove from pan and brush top lightly with melted butter. Keep warm and repeat for remaining pieces of dough.