Any Singaporean with an appreciable interest in food would probably have heard of something called "Singapore noodles". Hmm. I can almost hear the heckles rising. We're a funny lot - not given to soaring passions, and quite content to let most things slide by, often, even small injustices, because we are a peacable people, and we don't like conflict. When it comes to food though, we have something of a Jekyll and Hyde complex. Cases in point - the curry conflict and more recently, the tau huay tantrum. 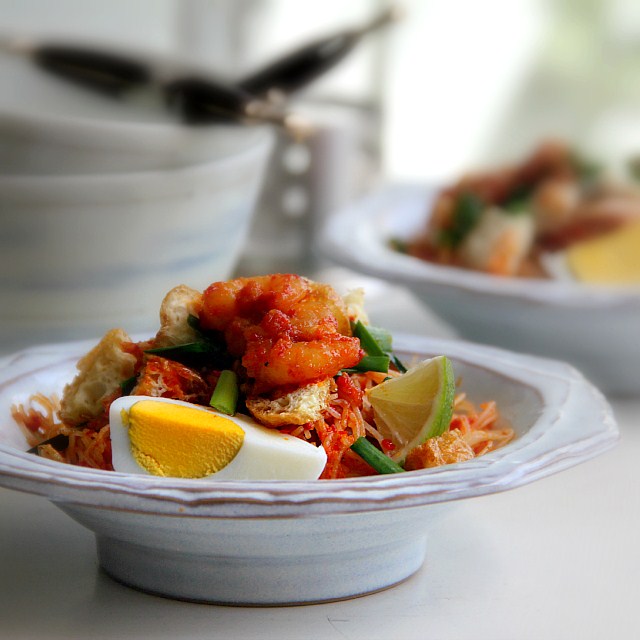 I wouldn't put the Singapore noodle (Singapore mai fun) issue in quite the same category, but there are more than a few Singaporeans who get all up in arms when the subject arises. I should know. I used to be one of them. There never has been such a dish here, and if sentiments are anything to go by, there never will be.

Believe it or not, there are actually Singapore noodle hate groups, calls to boycott the dish and I can almost guarantee that if you're a food blogger and you dare post a recipe for Singapore noodles on your blog, it's only a matter of time before one or two or three indignant individuals (no prizes for guessing their nationality, and no, I was not one of them) will leave scathing and indignant comments not only  about it being non-existant in Singapore, but also about how much of an affront it is to the rich and diverse cuisine of Singapore. 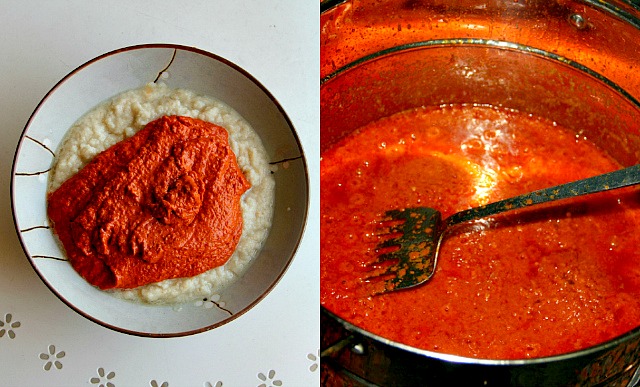 I'm not featuring the dish today, though you'll soon see why I brought it up, but I will say that the flavour profile of Singapore noodles is a curious  mish mash of Indian, Chinese and Western culinary sensibilities that you would be hard pressed to find in Singapore. Our food is nothing if not the very essence and definiton of "fusion cuisine", but the style of culinary fusion that the creator of Singapore noodles chose is one path we will never tread. Yes, I have eaten it, once, in Perth out of perverse curiosity, and suffice it to say, that it was one time too many. This dish may have been dreamed up by a chef, likely a Chinese national, working in a restaurant kitchen in the USA, circa 1970s, to create a new menu item, which unexpectedly caught on and spread like wild fire across the USA and even reached the UK and Australia.  If this is indeed so, the imaginative chef in question must have somehow gotten it into his head that Singapore cuisine is largely based on curry powder (the defining note of Singapore noodles), soy sauce and ketchup. Interestingly, these are some of the building blocks of our ambrosial (when done right) mee goreng, but as any chemist (and Michael Ruhlman) will tell you, ratios are everything, and can easily make or break any dish.

Another possible origin of the dish is Hong Kong, where an unknown chef may have put his own spin on Singaporean food. We'll never really know, but one thing is clear; Singaporeans and curry are synonymous with each other, even in the minds of foreigners, and inseparable, for better or for worse. 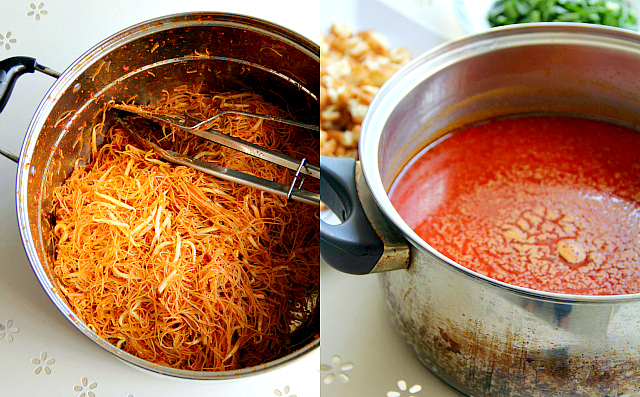 Now, mee siam is a delicious and curious creature. Its name means Siamese (Thai) noodles, but, guess what? It doesn't exist in Thailand. Ha. The closest thing you will find to it in Thailand is something called "Mee Kati", made with similar ingredients, but with the addition of coconut milk, and presented and served differently as well.  Theories abound as to why mee siam is so named. Some say it is based on the original Thai version (mee kati?) others insist the noodles used for it used to come exclusively from Thailand, and just as many are certain that it is actually a Penang nyonya creation but because Penang nyonya cuisine is heavily influenced by Thailand, the name mee siam is a nod to Thailand, Siam being it's original name. 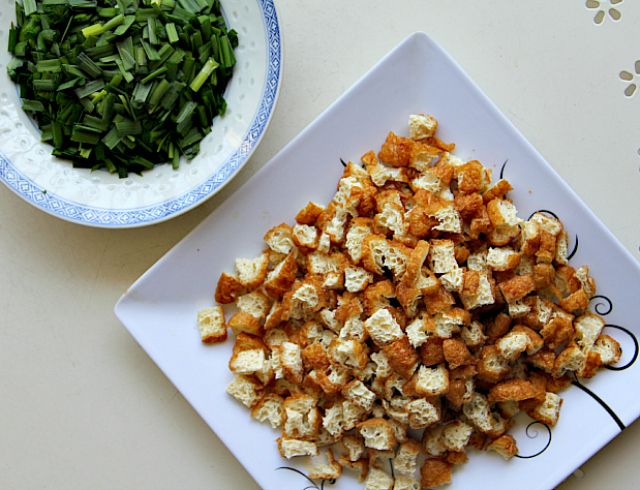 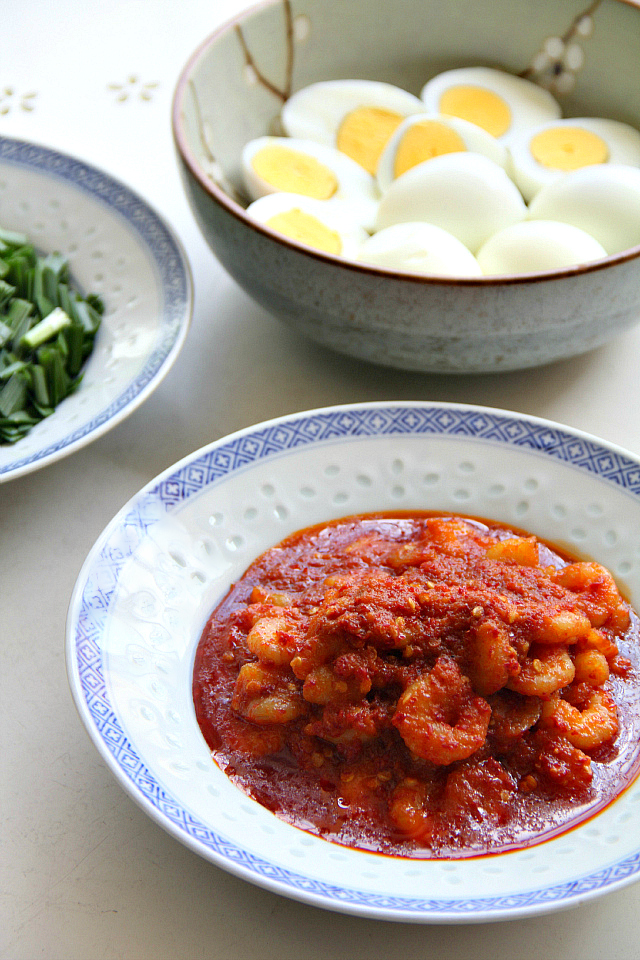 Bottom line - today, there is no such dish in Thailand, but here in Singapore and parts of Malaysia, we happily continue to cook it, serve it up and wolf it down with gusto, and of course we would, for it is a truly delicious meal in one, especially when you hanker for a change from the usual rice. For me, it brings back vivid memories of my primary school canteen mee siam lady, a huge, imposing Indian Muslim aunty who served up a mean version for all of fifteen cents a plate, in the mid 1970s. 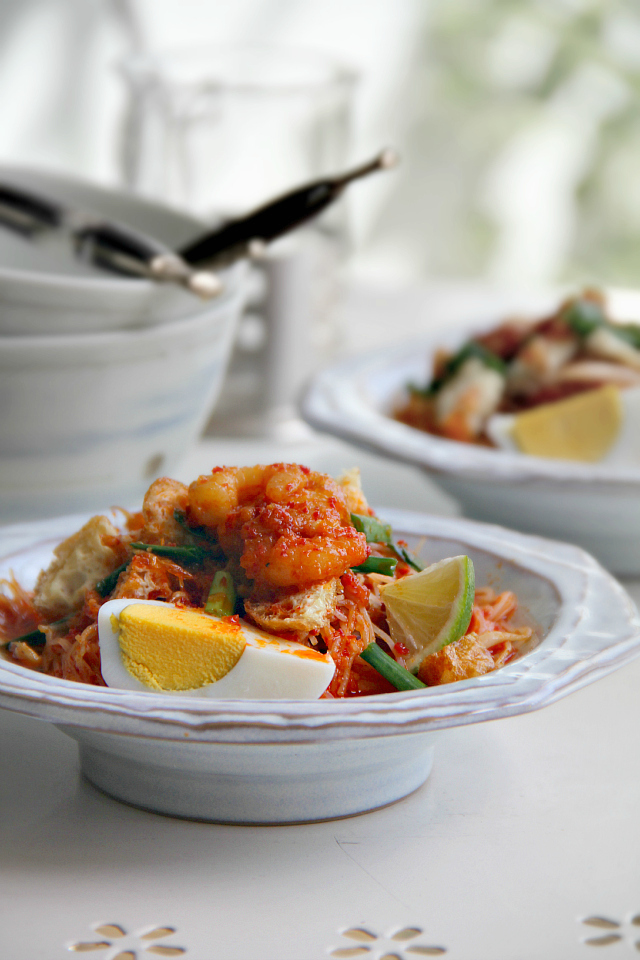 It would seem that the Thais are an even more peacable lot, for as far as I know, there has been no uproar from the land of smiles about our 'borrowing" the Thai name and attaching it to one of our favourite noodle dishes without permission and with complete impunity. 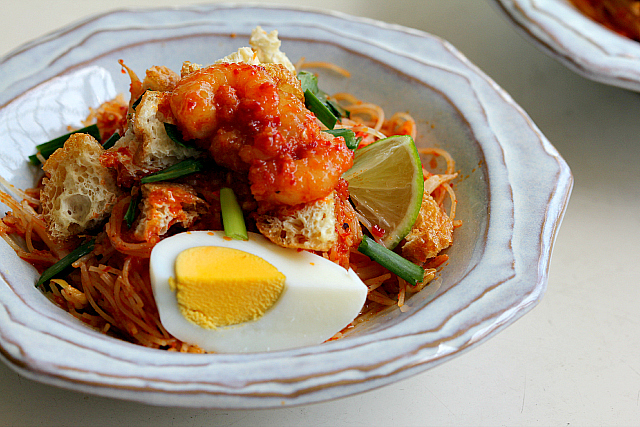 My cheeks no longer burn with indignation, when I come across yet another recipe for Singapore noodles, though in honesty, I would not choose to eat another plate, without a gun pointed at my head. I do feel slightly chastised at the realisation we may be just as guilty of too much assumption and creative license, but before our gentle neighbours to the north start noticing and taking us to task, let me say how grateful I am for the liberty and for their graciousness. Lastly, to all fans of Singapore noodles, I shall keep reminding myself that imitation or approximation is the sincerest form of flattery and save my ire for larger issues. 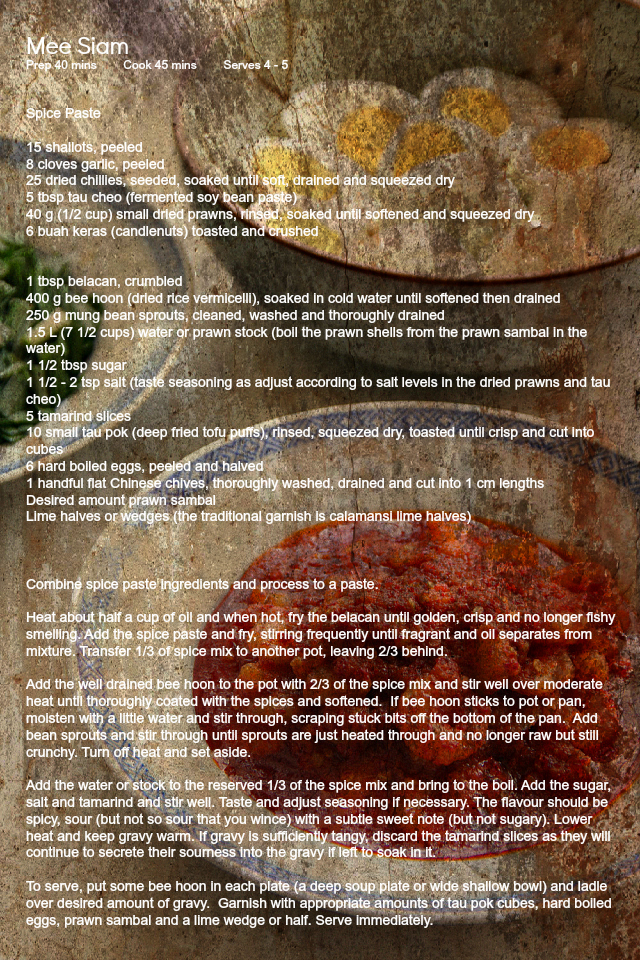 The recipe for the sambal prawn mentioned in the recipe above can be found here. Enjoy!