Every year after Hari Raya (Eid) I will have at least 2 boxes of dates hanging around in the kitchen cupboard. This year I had a bumper fallout crop of four. They're candy for hubs, during Ramadan, and every evening during the entire month, he enjoys them at iftar, as a prelude to dinner. 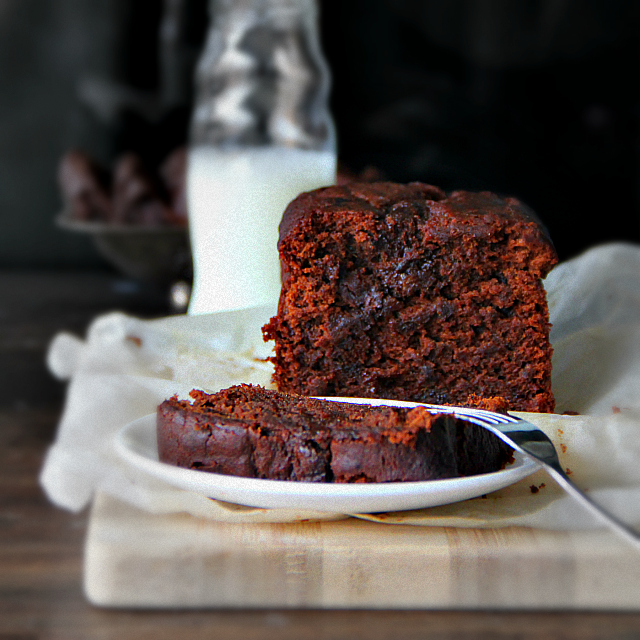 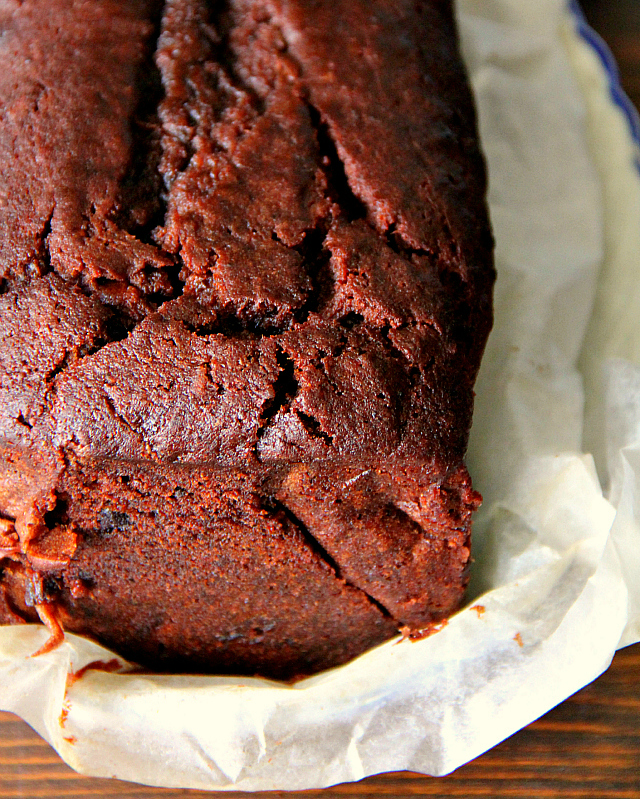 I keep buying boxes of them for fear of running out and because extras are a good thing when we've all come to expect the date saturated British delight known as sticky toffee pudding, at the end of Ramadan, when hubs no longer needs their sweet, sticky sustenance to replenish depleted energy levels after each day's rigorous fast. Why wait till Ramadan's end?

Because sticky toffee pudding is hell on the hips, hardly better for the heart and too easy to eat too much of. Saving it for a specific time of the year also means it's no longer something 'sinful' but a family tradition, though a small one, to look forward to with anticipation. Waiting gives greed a modicum of dignity *ahem* Anyway, dates are only plentiful here, during Ramadan. If you want them at any other time, you'd have to hunt them down at Muslim/Malay enclaves Arab Street or Geylang Serai. 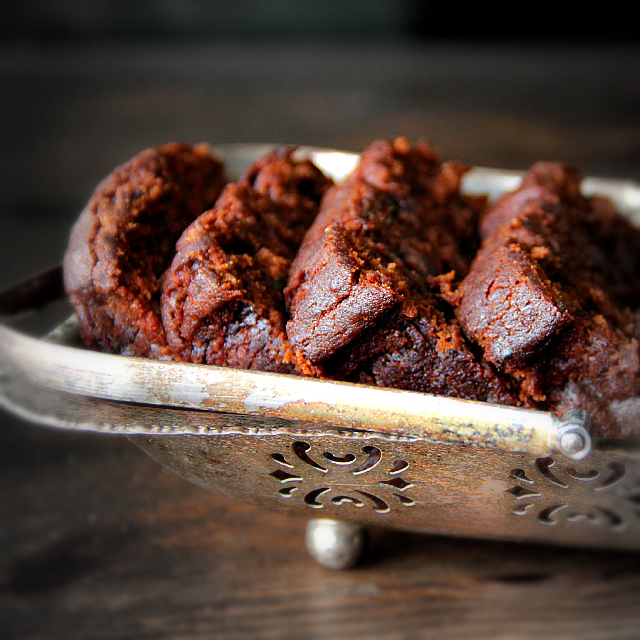 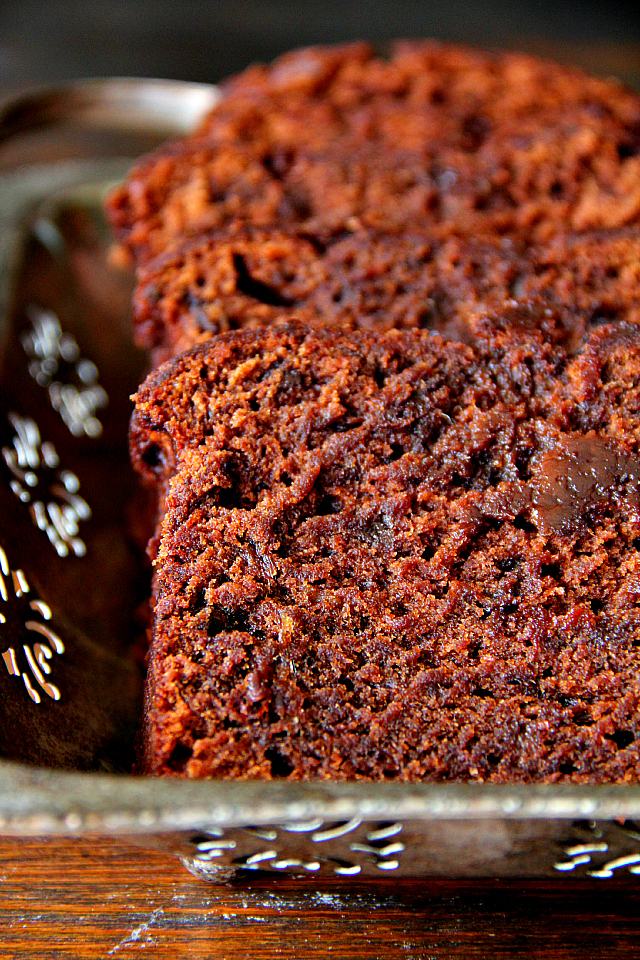 After two rounds of sticky toffee pudding in as many weeks, and what feels like endless snacking, I still had a box and a bit, so I decided to tweak my recipes for sticky chocolate gingerbread and sticky toffee pudding and came up with this lusciously dark and almost gooey (in such a good way!) treat. 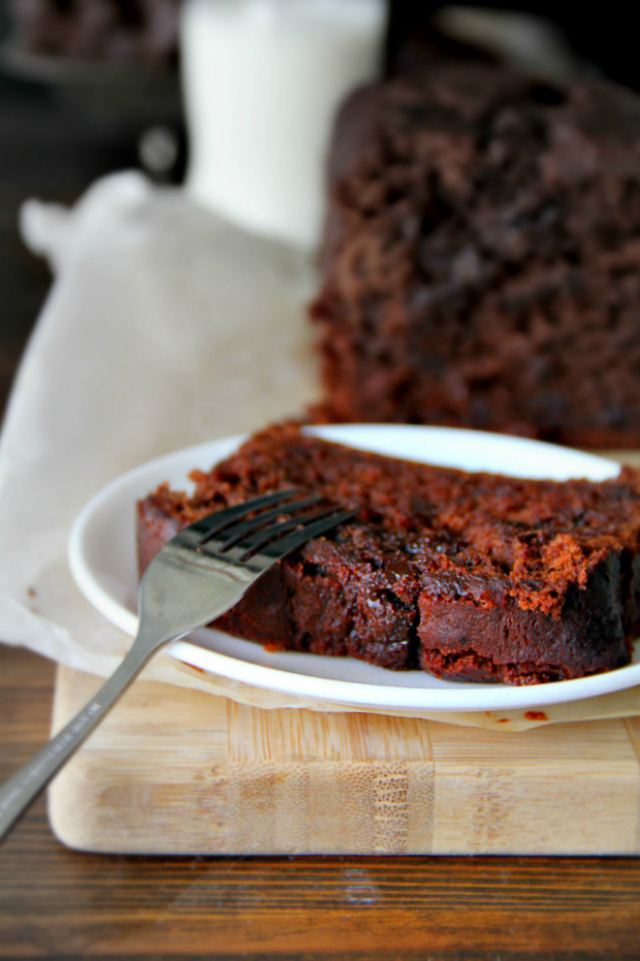 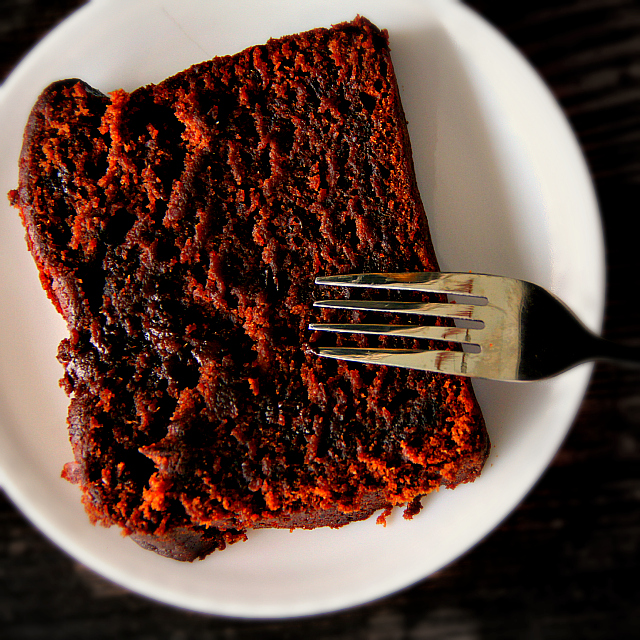 Have it for afternoon tea or a late morning snack with a glass of milk, have it dusted with icing (confectioner's) sugar or dampened with liquid double cream for dessert, or have it for breakfast with barely sweetened black coffee or English breakfast tea. Any way you want it, just please, have it, because this is so good, it's almost stupefying, no, it's worth your foodie soul. Look at that darkly moist, dense yet airy crumb and tell me if you think that's just hyperbole.... 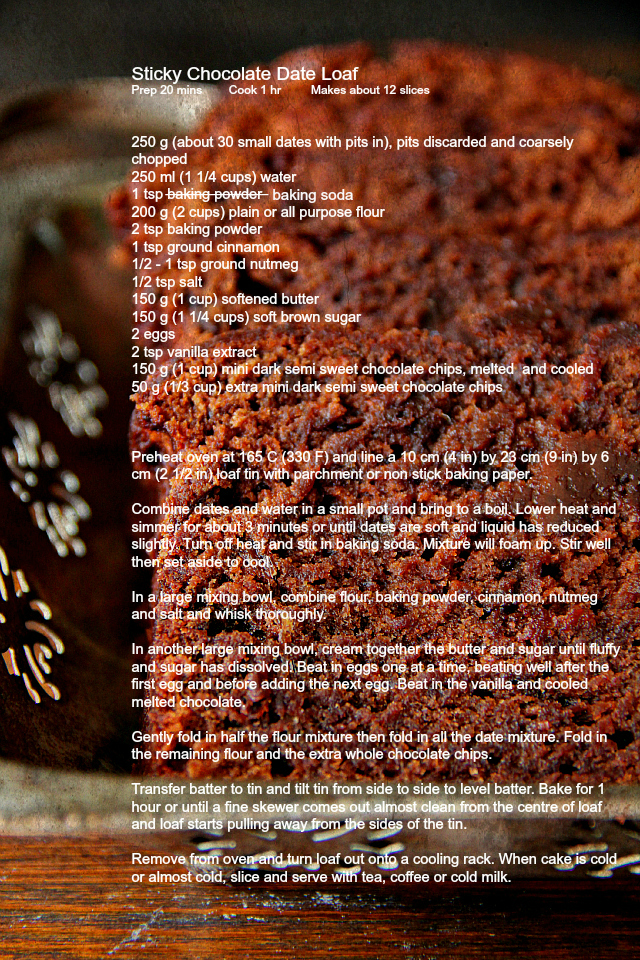