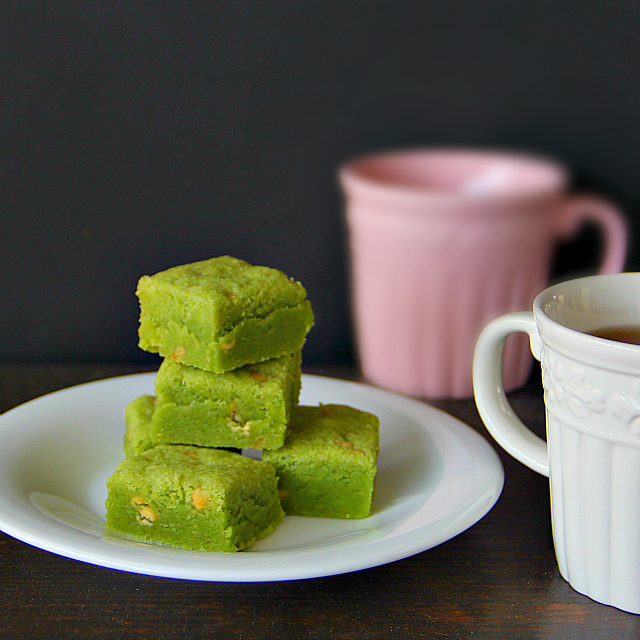 I remember the first time I ever put a piece of shortbread into my mouth. I was thirteen and visiting my mum in hospital after she'd had some pretty major surgery. She was still woozy from anaesthetic and as I sat there, watching her chest gently rise and fall, my eyes strayed to the gift laden table beside her.

Amid the clutter of fruit baskets and artfully arranged bouquets, stood a pale blue tin with a painted smiling Dutch girl in traditional head dress. Bader Shortbread. How many of you are old enough to remember? I steathily opened the tin and popped a cookie. I swear to you, it just crumbled into the sweetest, creamiest, most delectable stream of vanilla flavoured molecules of near nothingness between my tongue and the roof of my mouth. Bells went off, the earth moved, and angels sang. At least, that's what it felt like at the time, though, yes, it could've been low blood sugar. It was a big tin, and I'd eaten about a quarter of the cookies before my mother stirred. So lost was I in the rapture of those memorable cookies, I jumped and dropped the lid with a mortifying clatter, onto the  mercilessly amplifying tile floor. 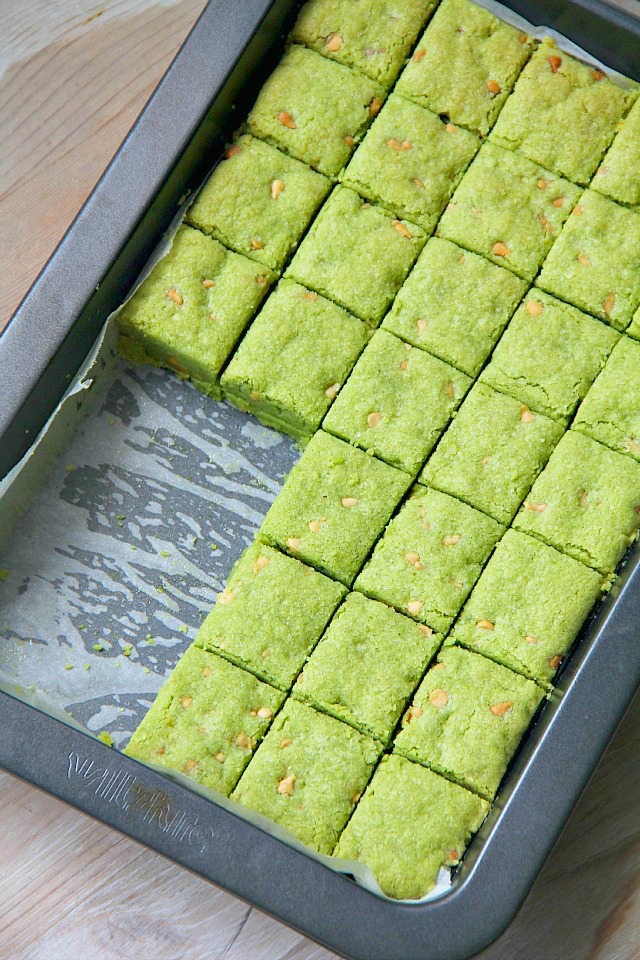 Since then, I've never seen another tin of Bader Shortbread. I've searched up hill and down dale. I've made a trip to the unholiest of unholies - Mustafa's, where it's said, if you take a wrong turn, you'll never find your way out again.... but if you dare enter, you can find anything, ANYTHING your heart desires. No dice. No Bader's. I did get lost though.... just for a while ;)

That blue tin's to blame for my shortbread obsession. I don't know who left it on the table beside my mum. Even she doesn't know who put it there. Could've been Jack Nicholson for all anyone knows. Whoever it was, I'd like you to know I've been a tortured soul since; haunting supermarket aisles like a wild eyed ghoul, hunting down recipes and tweaking them to within an inch of their short, buttery lives, baking endless batches of fingers, squares, discs and petticoat tails, all of which my family maddeningly insisted were no different from the last. 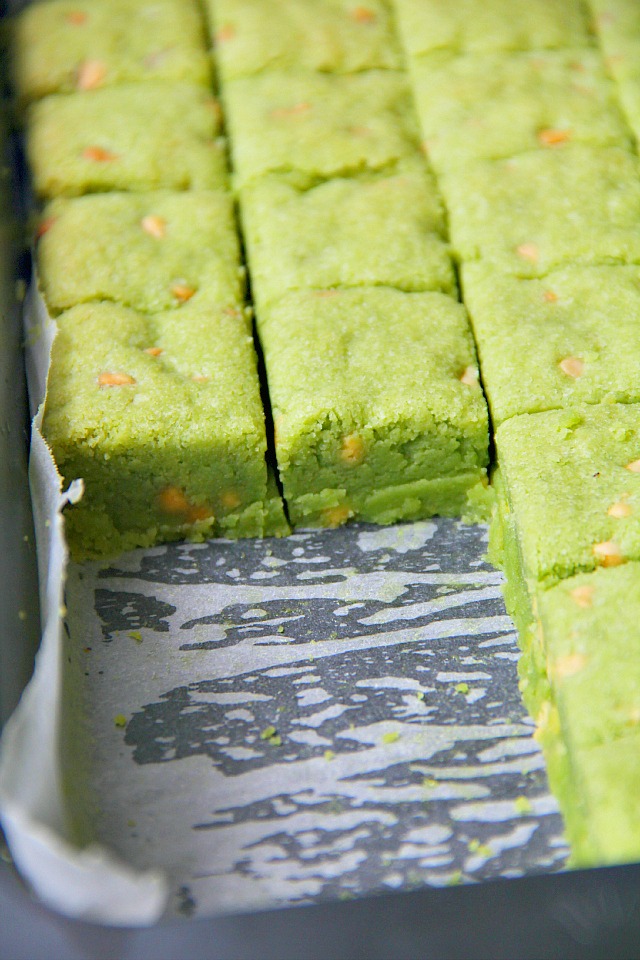 I finally realised I was chasing shadows and would never replicate those cookies, because, they were a Dutch rendition of shortbread, and I had been tirelessly and rather ridiculously, using mostly Scottish recipes with slight variations here and there. Dutch shortbread recipes are in um... short supply and the few I've tried produced cookies nowhere near Bader's. I've learnt a lot though about Scottish shortbread, enough to wonder if "Scottish" and "shortbread" should even be in the same sentence, seeing as how the Scots invented the damnably delicous thing.

Am I still lusting after those whispery light cookies? I actually can't remember what they taste like anymore, except that they were indescribably tender and fragrant with vanilla. I've tried every other type of shortbread out there, including Walkers shortbread and they've left me most unimpressed, to be honest. After decades of eating Scottish shortbread, I have come to love it, as the Scots intended it to be: flavoured and held together purely and unabashedly by butter and butter alone, frugally and wisely sweetened with just enough sugar, no more, dense as bricks yet still miraculously, wondrously... crumbly. I'm usually not persnickety about food, but every piece of shortbread I've ever eaten out of a package or tin, apart from those magical ones out of the blue Bader tin, have reeked and tasted of stale butter. So I only eat my own; you'll never understand its charms or love it, until you've eaten shortbread made with really good butter, fresh out of your oven. 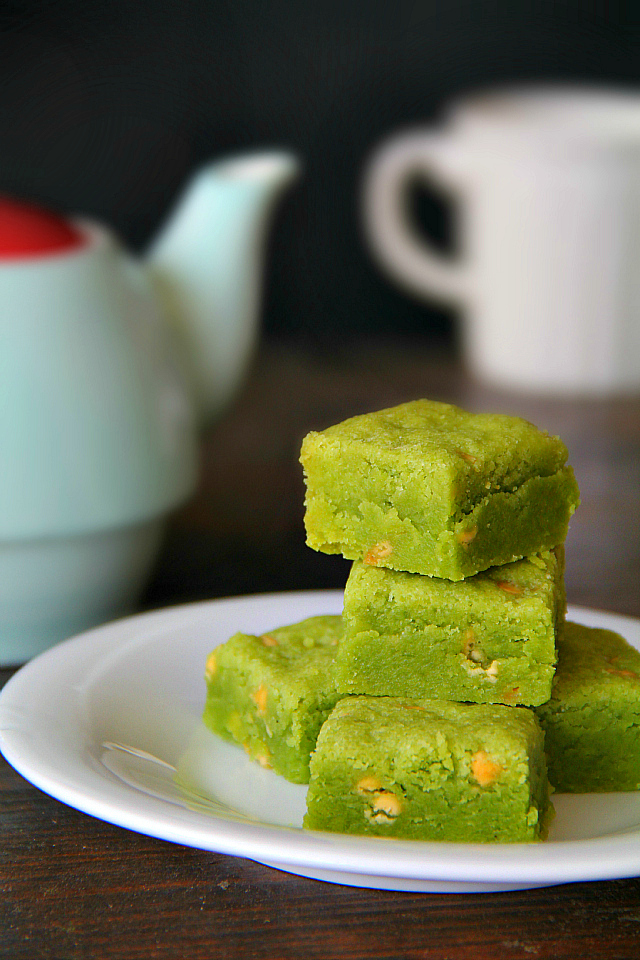 And, nothing could be easier than making shortbread. It literally is as simple as 1-2-3. Three ingredients and a ratio by weight of 1 part sugar to 2 parts butter to 3 parts flour. No mixers, no creaming, no rolling pins, no cutters. I won't say "authentic" because the word annoys me. I'll say this is how Sean Connery's presumably Scottish great grandma likely made it, had she been so inclined. Anyway, there's nothing authentic about these buttery tea flavoured squares, but they are devilishly delicious and each time I make shortbread, tarted up or otherwise, I feel the weight of the collective spirits of countless Scottish bakers before me, pressing upon my shoulders, in case I should dare to add more sugar, less butter... or just one egg ;)

Now, how about a slice of double cosmic irony, along with those shortbread squares? I've long assumed I have English ancestry and being estranged from my father's side of the family since early childhood meant there was no one to set me straight. Between the raging rows, my father's regular walk outs and the brevity of their marriage, even my mum barely managed to really know my father. Thanks to a very recent family reunion of sorts, courtesy of Facebook, I was told in no uncertain terms by a paternal cousin (a lovely, vivacious woman), "you're of Scottish descent darling, NOT English!" After 45 years, it felt a bit strange to know I'm not exactly what I thought I was. Hmm... should the shortbread and scone fixations now make more sense? Must've been Black Donald then who left that blue tin behind. Sorry Jack ;) 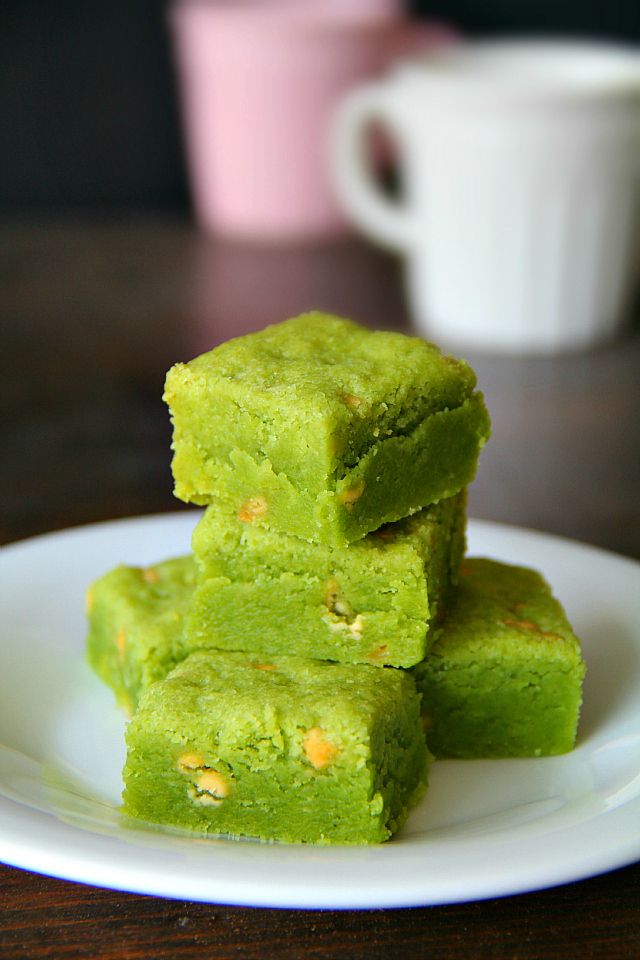 Add butter and cut in with a pastry cutter until mixture resembles fine, very damp crumbs.

Add vanilla and chocolate chips and toss lightly until vanilla and chips and well distributed. There shouldn't be any dark, damp patches of vanilla. Do not knead mixture at all.

Transfer the crumbly mixture to the tin and press down quickly and firmly until it looks like a dough. Chill for 15 minutes then press down again until even and compact. Chill a further 20 minutes and preheat oven at 145 C (290 F).

Deeply score dough almost to the bottom, into as many squares or rectangles as you like and prick each piece right through to the base of the tray, with a fork. Bake for 50 minutes or until you can smell a toasty, buttery aroma. Shortbread should be slightly puffed and very lightly coloured on top.

Remove from oven and wait 20 minutes before cutting into pieces along the score lines. Leave in tin until just warm before transfering to a cooling rack. If you remove them while hot, they may crumble. Once cold, store in an airtight container and eat within 5 days. Serve these buttery squares with milky black tea, hojicha (Japanese roasted green tea) or vanilla ice cream for dessert.