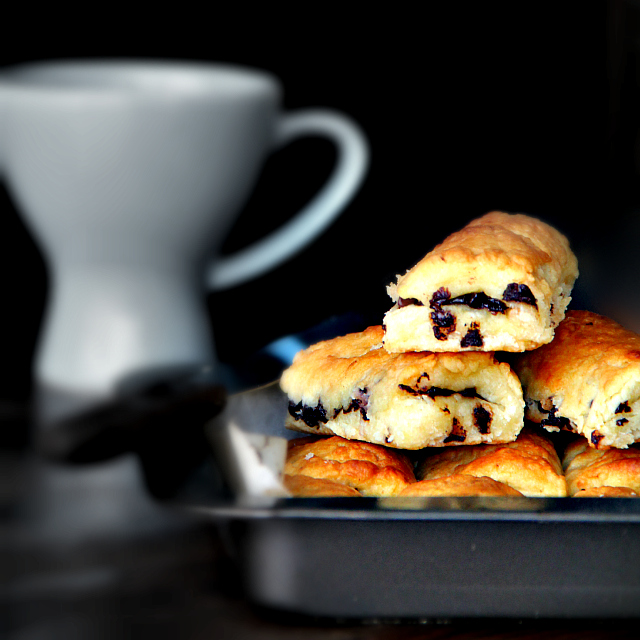 It was a busy week, punctuated by nightmares of forgetting what I wanted to say and stuttering on stage, and fantasies of waking up the day after, knowing I had not made a fool of myself in front of all the denizens of Millenia Walk... and their mothers.

My fingers are cramped from crossing, but, thankfully, the fantasies won out. *phew* 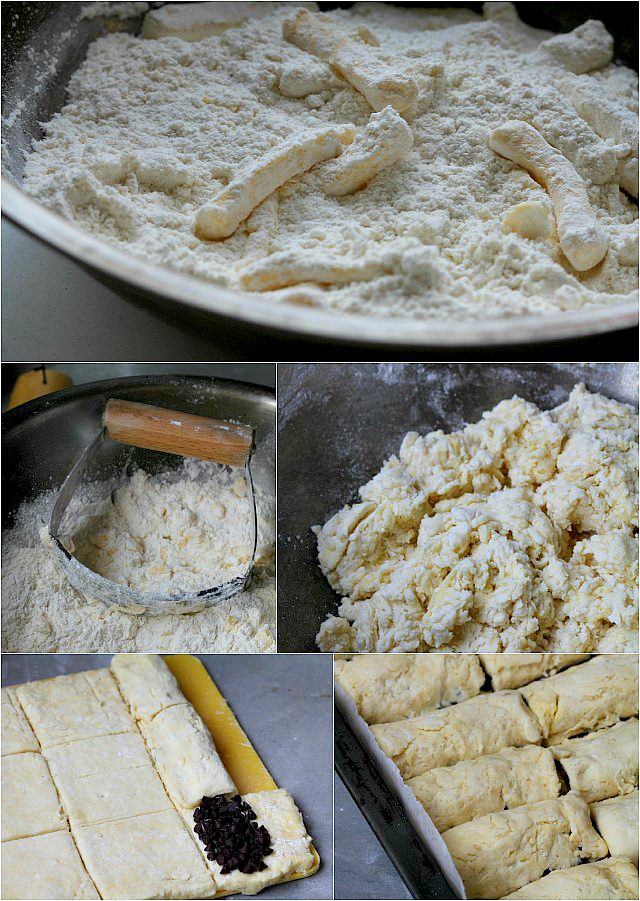 What I'm trying to say is that's why you haven't seen any updates till now. Anyway, the fantasy won out, and I actually had fun to boot. Hubs was my lovely assistant. He did a magnificent job of keeping his head down, fixating on the pot in front of him, and keeping his insides, inside him, though he was sure he would freak out on stage, right after I did. Guess we're both braver than we thought ;) 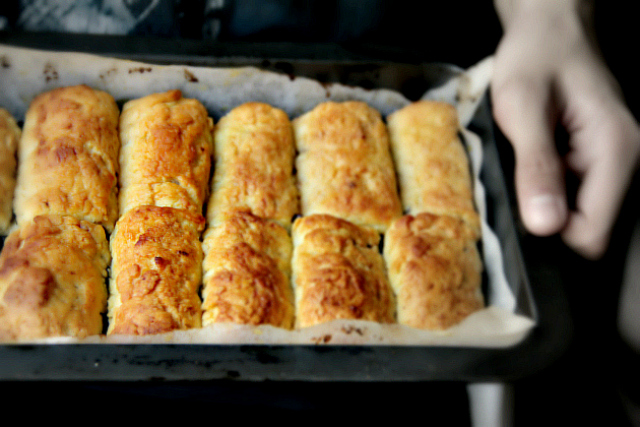 Today's post is something I had tucked away in my folder and almost forgotten about. I made it a few weeks ago, when the big boy asked for pain au chocolate but it was too hot, sticky and humid to even think about making a laminated dough. 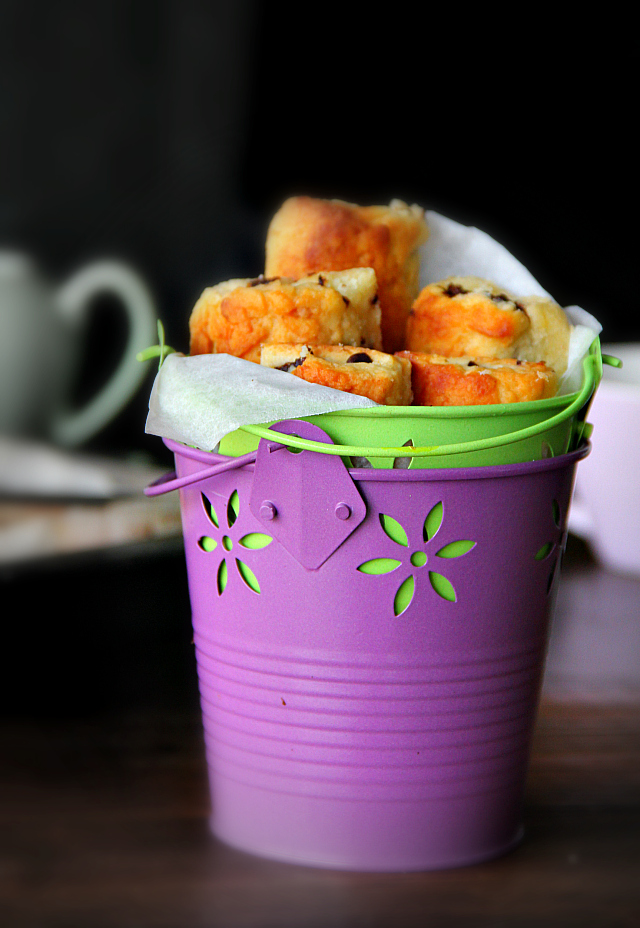 Still, not wanting to disappoint, I made this lazy version which uses a quick leavened rub in dough that was tender, buttery, with much less butter than a traditional pain au chocolat would need.  The key to perfect rolls is to aim for lumps of butter interspersed throughout the dough and once so formed, to handle it as you would a prickly porcupine - very, very gingerly. 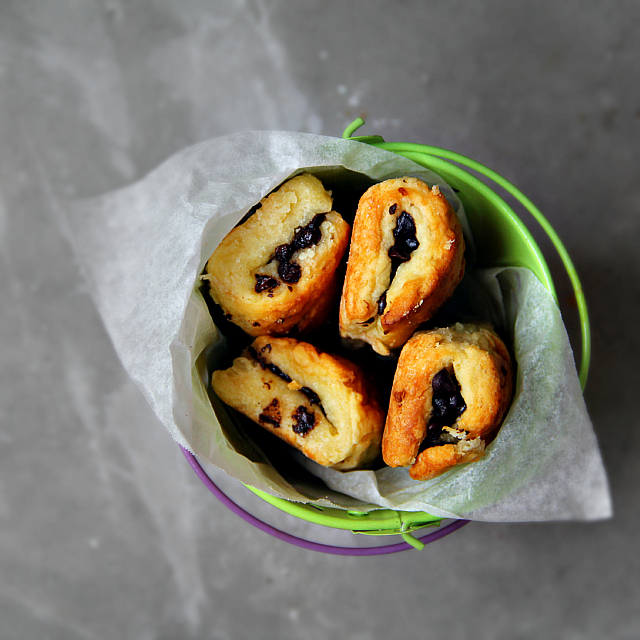 So mission accomplished in a sliver of the time for an actual pain au chocolat, I was happy, big boy was happy and I hope you will be too, when you breeze through this recipe and sit down half an hour later to coffee and bites of these flaky, chocolaty rolls.... 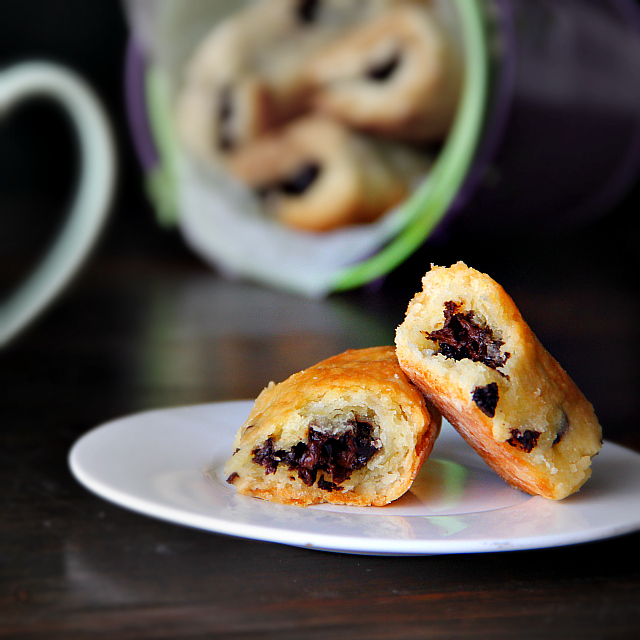 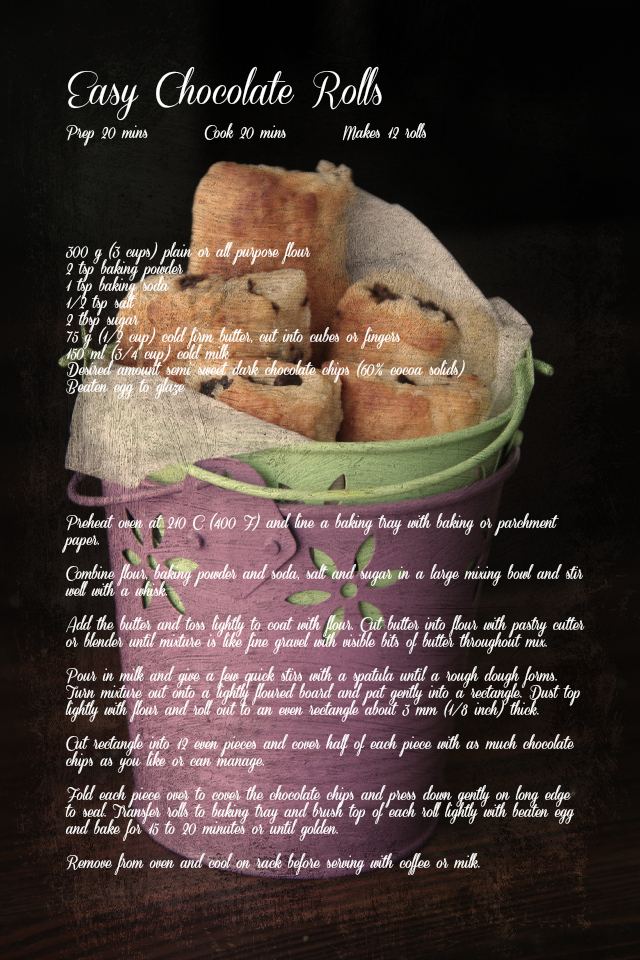