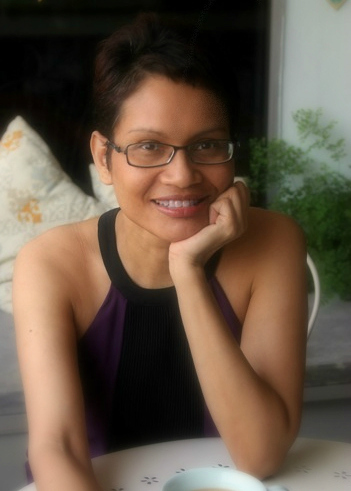 Hello! My name is Denise and I'm a born and bred Singaporean of Asian, Portuguese and British descent, married to an Indonesian of Padang origin.

I received my formal culinary training at the Shatec Institutes in Singapore. Now I take care of my three boys and write cookbooks and food related stuff. Publishers and editors are some of my very favourite people ;)

I speak English, Malay, Bahasa Indonesia, creole Portuguese and swear like a sailor in Hokkien and Mandarin. Sorry mum.

My boys, movies, tea, music, food, cooking, writing, travelling and books are the loves of my life. I hope to see Marrakesh, Portugal, Bora Bora, Cairo and Santorini before I die and to one day be a fabulously successful restaurateur. Chocolate buttons and words are my vices, so, pull out a chair at my virtual kitchen table and feel free to join in the conversation. I promise not to make every other post about pandan, much as I LOVE it and I'm telling you right now, you will never, ever see liquorice (eckk) in my kitchen! People writing or talking about themselves in the third person make me wanta smack em good. If you're my friend though, I'll overlook it. I don't like instant cake mixes because they taste weird, no matter what you add to improve them (but that's just me) and oooooh, I also hate finding (clearly) embarrassing photos of myself posted on Facebook, without my knowledge (or permission - now isn't that a novel concept?!) by well meaning (what's the alternative?) friends. *Gaaaah*

This blog is my attempt to document and share my culinary traditions as a proud Singaporean and Eurasian, which is not to say that I won't occasionally veer off the path and dabble in other cuisines. Though the focus will be on the food of Singapore, anything that makes me or my family go "mmmmm!" will find its way here. Many food bloggers profess a food philosophy or mission statement. Mine's simple; honest, unpretentious, as far as possible, made from scratch (ok, I cheated a bit here and alright, alright, stop twisting my arm already, I used store bought mayo here *geez* ) and if I won't put it in my mouth, I won't put it on my blog. 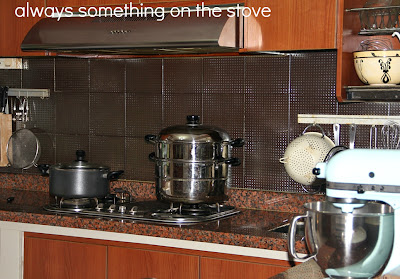 It really, really peeves me that Eurasians, including Portuguese descended Eurasians or Kristangs are often perceived as  a phantom or extinct race in Singapore, which is no surprise really, as even local history textbooks, until very recently, conveniently and lazily, perhaps even intentionally failed to mention us, though we  undeniably form part of Singapore's historical and cultural landscape. Young sovereign nations like Singapore in a bid to forge a new  and separate identity have a tendency to try to erase their colonial past and  people like us, stubborn and unerasable vestiges of colonialism, become marginalised in the process and written off as collateral damage. Street names don't have opinions, and they don't bite. People do.  Like I said, it really peeves me. We've existed in the region since the 16th century, we are still here and we are real. Taste our food and burp out loud if you like it!

So back to the food! Because of the unrelenting global culinary influences that Singapore is constantly bombarded with, I feel we are in danger of losing our culinary soul and direction. I hope my blog will help to preserve what I know and love of the culinary delights of this island that I call home, for my children.and for anyone with an interest in our culinary legacy. Maybe you're thinking as you read this, " fine, fine, but why Singapore Shiok ??  And why the swirly twirly banner that has nothing to do with food, cooking or kitchens?!?" 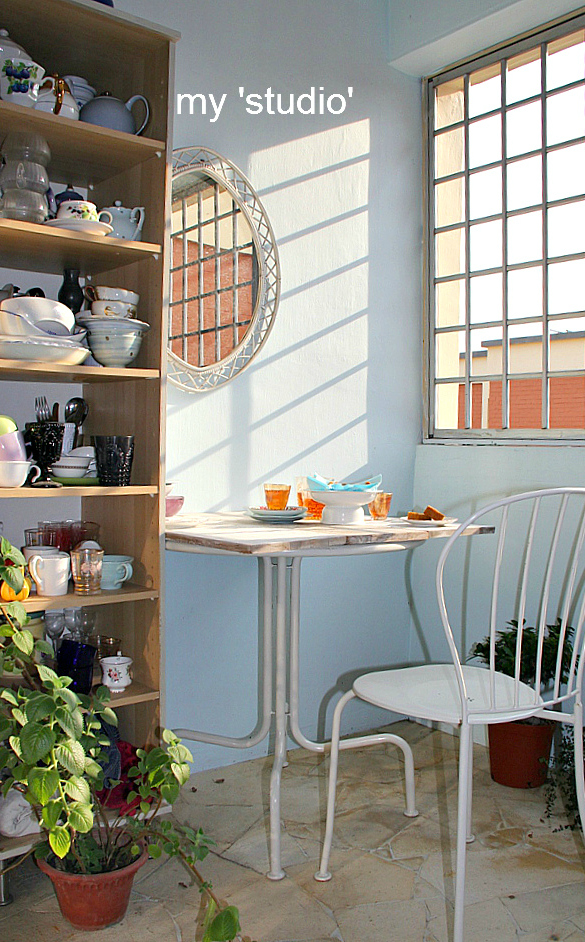 In Singapore, the term "shiok" (shee-oak) means damned good or out of this world, in no particular language. It's used and understood by all true blue Singaporeans regardless of race, and is said with gusto, in appreciation of a really good meal or dish. We don't say "that laksa was really good", we say "wah, after my 2 week detox, that laksa was damned shiok man!! Use of the term is usually preceeded by a sweat drenched forehead, ruddy cheeks and a slightly dazed look, not unlike that found on the very recently sexually satiated.

The twirling floral curlicues on the banner are a stylised representation of the beautifully ornate yet practical ventilation tiles used in traditional style homes in Singapore, many of which dot the expanse of Emerald Hill, and Katong, both former local Nyonya enclaves . They are a decorative yet highly functional feature of a homegrown architectural style that I particularly love, and make my blog feel like my other home. So, step inside, make yourselves comfortable, and please, come back often!