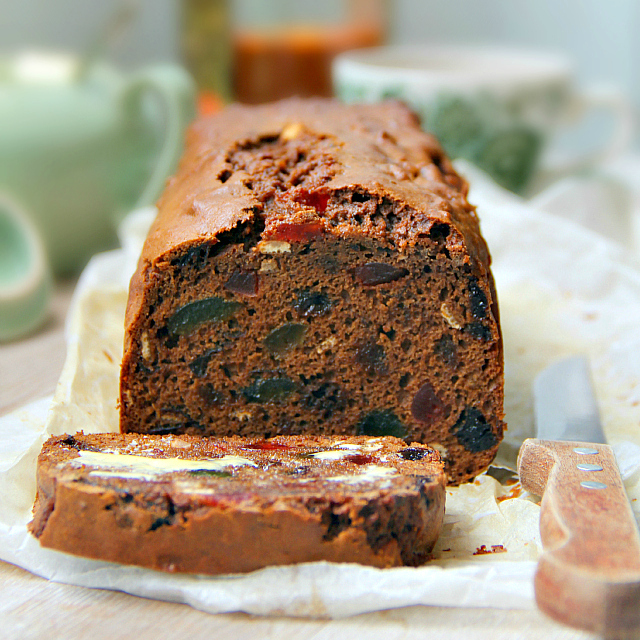 You must be thinking, I've got an Irish fetish, this being the second Irish recipe I'm posting in barely two weeks. What I have is an indescriminate (in the best possible way) food fetish and as I see it, every community has culinary gems that await discovery by the hungry and the curious. You could though, blame part of it on the lingering after effects of St Patrick's Day and the fact that I stumbled on a fabulous deal too good to pass up, while killing time trawling a supermarket, waiting for a friend to show up for lunch. 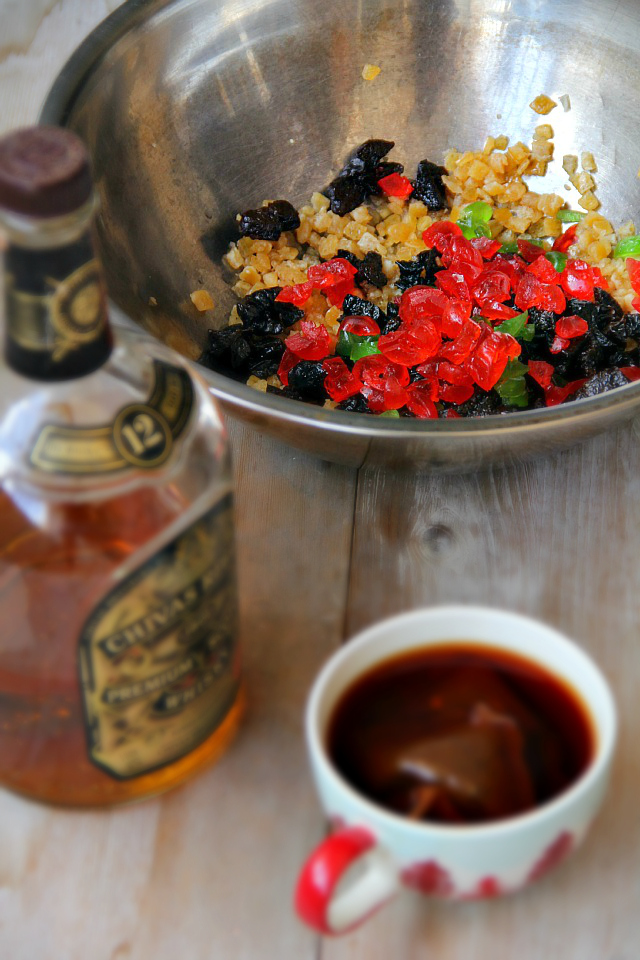 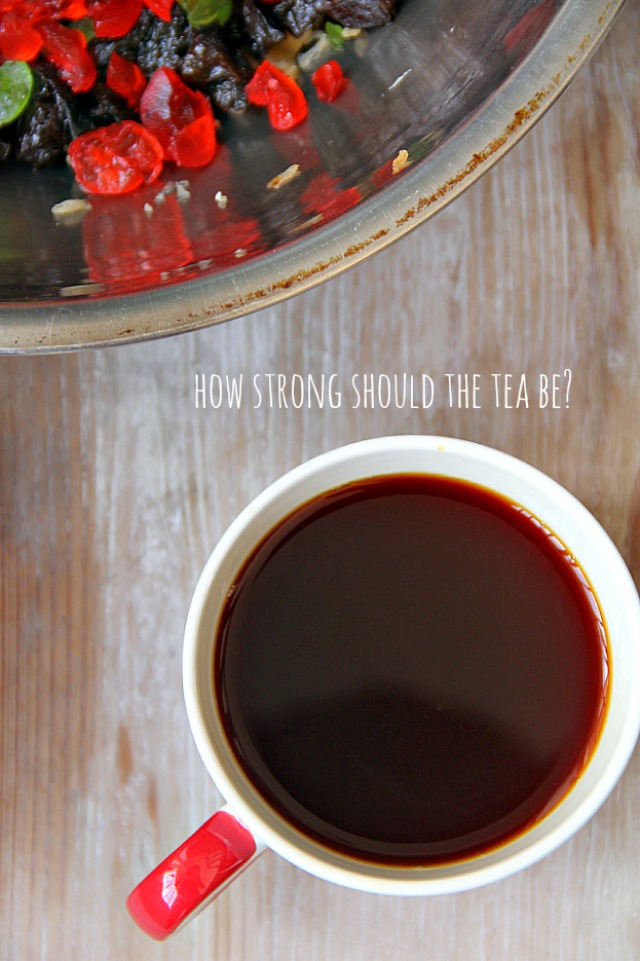 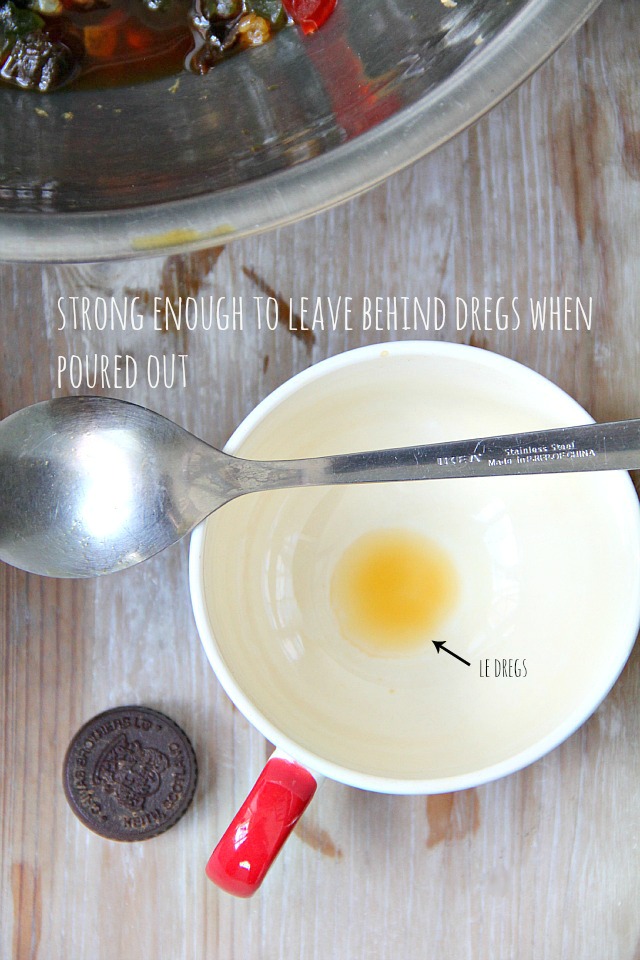 What did I spy between "coffee" and "jams" but boxes of my favourite everyday brew, Yorkshire tea (thanks Biren for for the introduction) going for twice the usual amount at the regular price. After lunch, I scuttled back to the tea aisle and bought as many boxes as I would be able to squeeze into a rush hour train, packed tighter than a can of sardines. As I hugged my booty, nestled a little too snugly between my front and the back of a woman, a head taller than I, my one, sustaining thought was, "TEA BRACK! Once slice covered in butter, another dunked into my steaming cup of liquid ambrosia! Drive faster, dammit!" 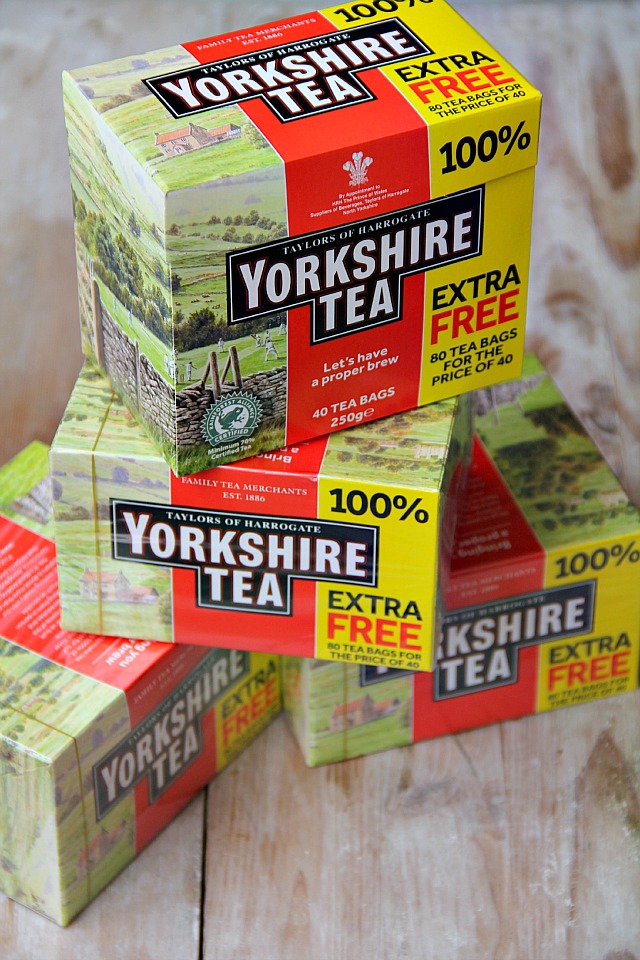 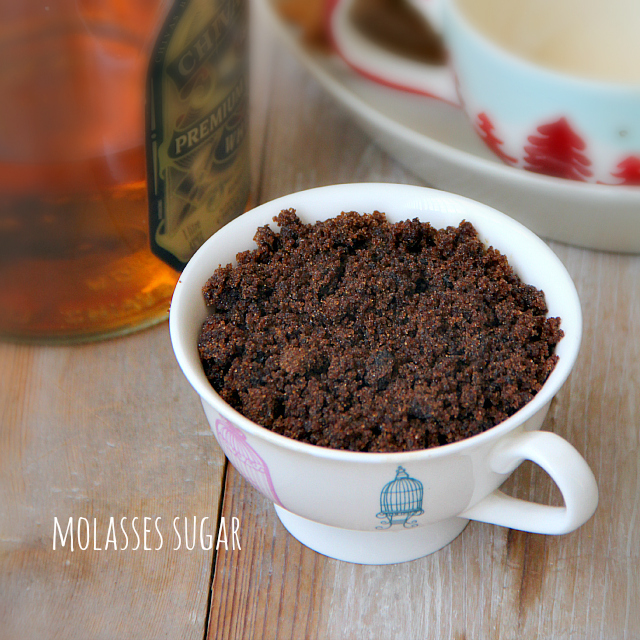 I first learned to make tea brack from a cook book my mother bought me when I was 14. It was the first and last recipe I tried out from that book. Of all the recipes in the collection, it was one of the very easiest and I was irresistably drawn by the fact that I had to pour scalding hot tea over the fruit and let it sit overnight. What further piqued my interest was the exclusion of butter. A cake without butter. To fourteen year old me, brought up on a steady diet of stupendously buttery chocolate, sugee and pound cakes, the very idea was radical. 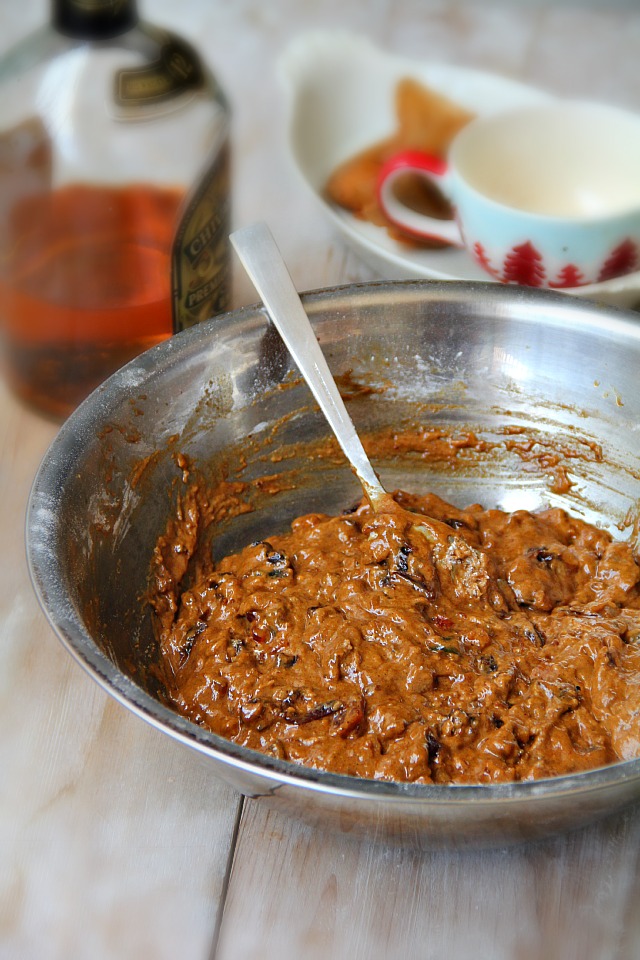 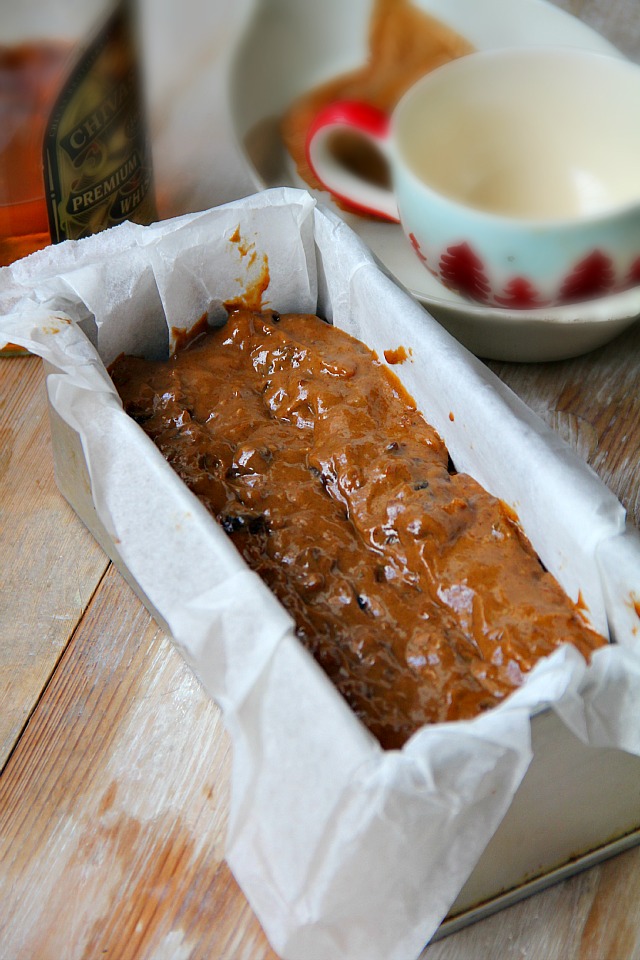 My very first attempt, I was so charmed by the Irish Tea Brack, I never got round to making anything else from between the covers of that now tattered and yellowing book. I fell hopelessly in love and have since made tea brack times out of number; each time, it comes out a little different from the last. What can I say? I'm really not a stick to the recipe kinda girl. Does that sound strange, coming from a recipe developer and cook book writer? Blame it on the long and twisting track of rebellious and easily bored cooks that forms my culinary bloodline. 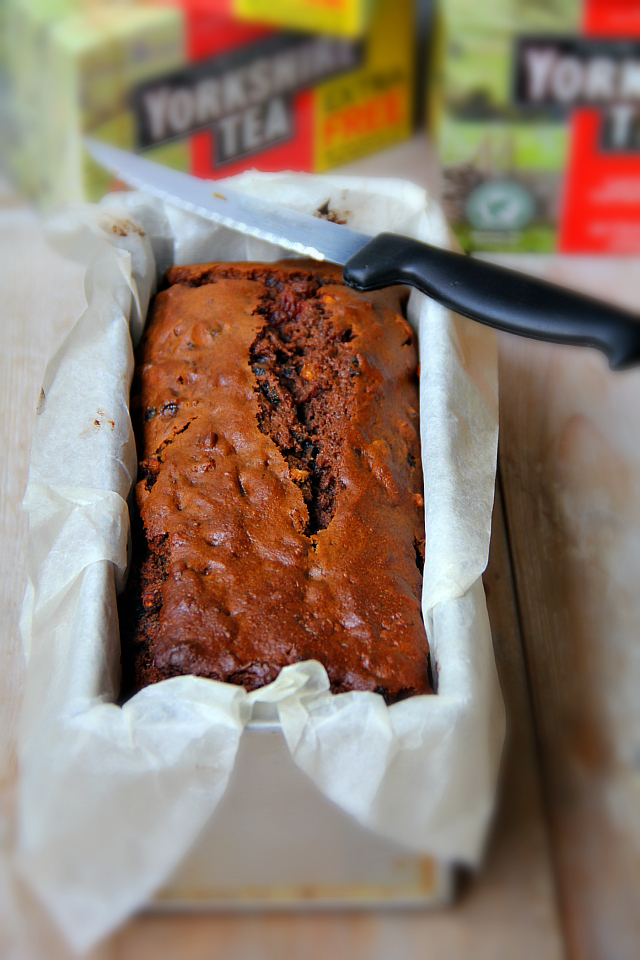 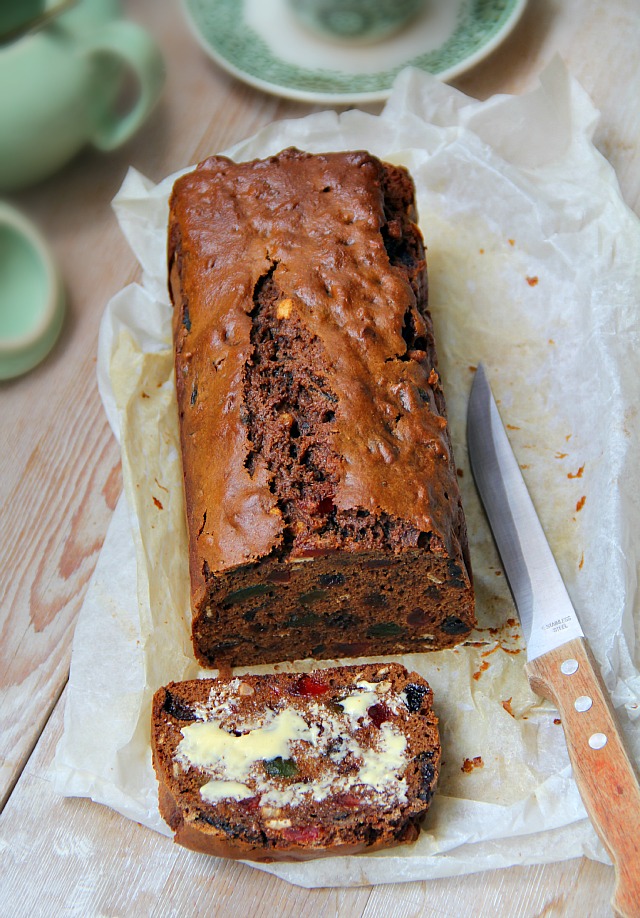 The dried fruit selection changes according to what I have in my cupboard (raisins, dried currants and candied peel are traditional), sometimes I add eggs, other times, an  egg substitute made with ground flax seeds and water. There's no telling if it's cinnamon, nutmeg or allspice I'll sprinkle on the flour. I've made it with white, light and dark brown sugar to no ill effect. Would it shock you to know that I've even subbed bread flour for plain, when I ran out, and that sometimes, I don't even soak the fruit overnight?? *gasp* Two things though, remain sacrosanct; the tea has to be good, strong and hot, and no skippin' on the whisky, though Irish or Scotch works just as well, for me. 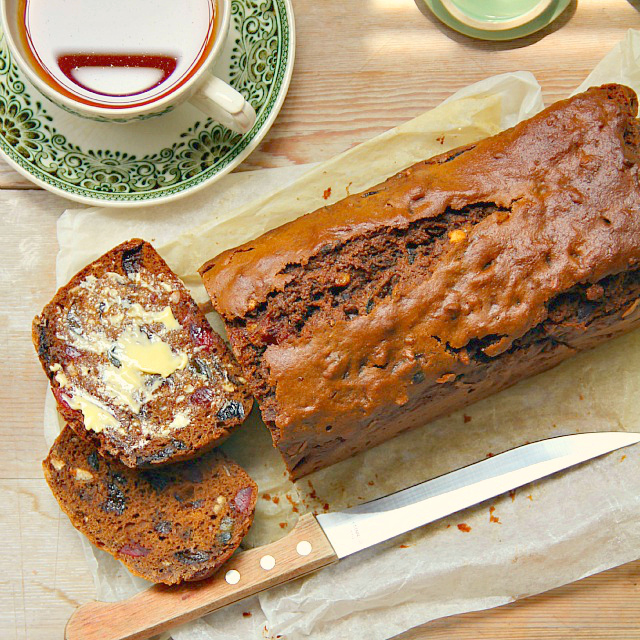 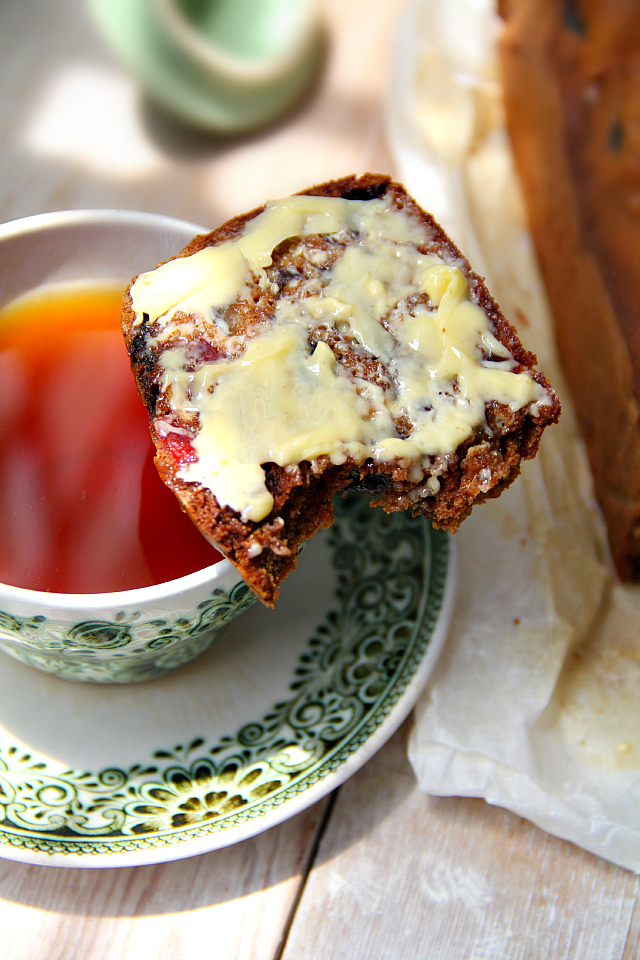 If you've never had a slice of tea brack with your afternoon cuppa or tried stirring up a loaf yourself, you are in for a treat! It's a one bowl recipe and all you need is a big, sturdy spoon. In fact, I'm thinking now, as I write this, why break my back over a fussy, musty traditional fruit cake at Chistmas, when an easygoing, boozy tea brack packed to the gills with succulent fruit is what I'd actually rather eat?! A marzipan draped and icing cloaked tea brack. Maybe I do have an Irish fetish, after all.... 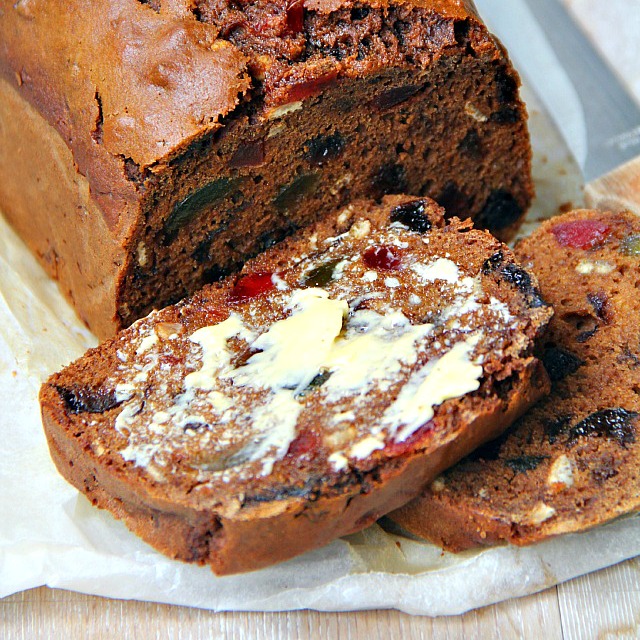 Make tea with the tea bags and hot water, steeping for 5 minutes, to get a strong brew. Gently squeeze tea bags into teacup, before discarding.

Put diced fruit and whisky into a large mixing bowl and pour over the hot tea. Stir and cover. Keep overnight or at least 8 hours. If in a rush, soak for 1 hour or until mixture is cold.

Stir sugar into fruit mix until more or less dissolved. Stir in eggs and vanilla until thoroughly blended. Combine flour, baking powder, baking soda, spice and salt and sieve in 2 or 3 lots over egg and fruit mixture. Fold in lightly but thoroughly with a large, thin, flat spoon until no flour is visible. Don't overmix or loaf will be heavy textured.

Transfer batter into tin and level top. Bake for 1 hour 10 minutes or until a small pointed knife comes out clean from the centre. Remove from tin and cool on wire rack. Slice when slightly warm or cold and serve with strong milky tea. Slices may be eaten plain, or spead with butter. I like it with butter and a little golden syrup.